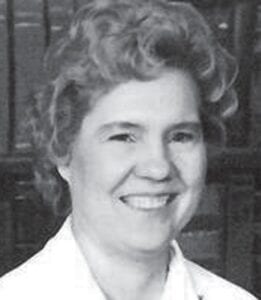 She was born in Whitesburg to the late Riley Adams and Margie Day. Also preceding her in death were her husband, Howard Brown; a sister, Canna Webb; and two brothers, Bill Adams and Jack Adams.

Mrs. Brown was a member of Okolona Baptist Church.

Expressions of sympathy may be made to the Home of the Innocents.