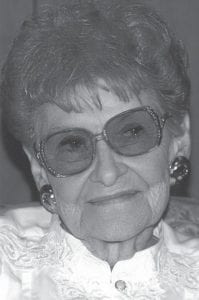 Dixie Williams Harlow died July 13 at her home in Mayking.

Born in Mallet to the late Will and Ethel Sloan Williams, she was the widow of Burnett E. Holbrook, and was later married to Clarence K. Harlow, who also preceded her in death.

She was a member of the Millstone Missionary Baptist Church, and was preceded in death by her brothers, Junior, Odis, Edgar, Ray and Roy, and sisters, Blanche and Lillis.

Funeral services were held July 16 at Letcher Funeral Home in Whitesburg. Burial was in Green Acres Cemetery at Ermine.