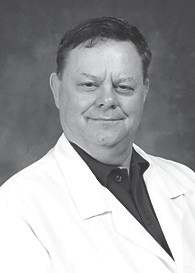 Dr. Jack Winfield Cope, 68, of Baxter, died May 18 at Harlan Appalachian Regional Hospital from injuries sustained in an automobile accident.

Born in Benham to the late James and Beatrice Cope, he was a physician, a world traveler, and pianist.

Following a residency and post-graduate training at Maricopa County General Hospital and Maricopa Medical Center in Phoenix, Ariz., he began his career in medicine at the Valley View Community Hospital in Benham.

He was the lead physician at the ARH Tri-City Medical Clinic, and had semi-retired.

Graveside services were held May 28 at the Monte Vista Cemetery. A Celebration of Life was held immediately afterward at the Benham Schoolhouse Inn.