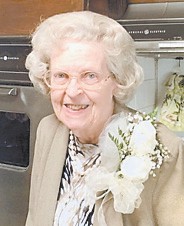 A daughter of the late John and Esther Craft, she was the widow of James “Jimmy” Long.

She was preceded in death by a brother, Jack Craft, and a daughter she raised, Clarisse Hall.

Mrs. Long was a member of the Neon Methodist Church.

Funeral services were held August 3 at the Neon Methodist Church. Burial was in the Sandlick Cemetery.