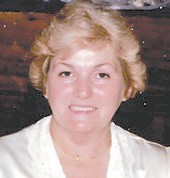 Born in Whitaker to the late William Henry Wright and Ardelia Sanders Wright, she was the widow of John Morgan Little Sr., and was later married to Glenn Carlos Davis, who also preceded her in death.

She was a homemaker and enjoyed traveling, and was a member of the Liberty Baptist Church.

Funeral services for Mrs. Davis were held April 14 at the Fleming Baptist Church. Burial was in the Green Acres Cemetery at Ermine.