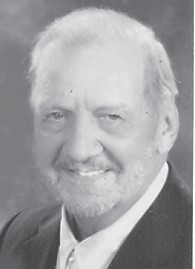 He was retired from the U.S. Air Force after serving 26 years in the Air Force Band, and was a musician for 45 years with the Macon (Ga.) Civic Club, Macon Little Theater, Macon Symphony, and Cherry Blossom Festival.

He played “Taps” for military funerals, and taught at Macon College for several years and gave lessons in his home. He also repaired and donated horns to children.

He was a member of Vineville Baptist Church, Will Platts Sunday School Class, and the Vineville Brass Ensemble.