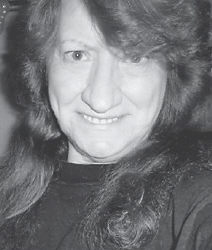 Born at Shelby Gap, she was a daughter of the late Rueben and Parlee Oaks Anderson. She was a sister of the late Clarence Anderson and the mother of the late Melissa Amburgey and Christopher Amburgey. She was married to Robert L. Collins of Neon, who survives her.

Funeral services were held May 20 at the Tiffin Freewill Baptist Church. Burial was in Woodlawn Cemetery in Bloomville, Ohio.