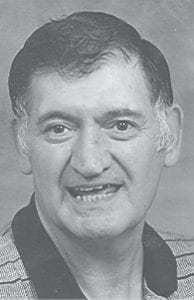 He was retired as a paint repairman from the Ford Lorain Assembly Plant after 30 years. He enjoyed playing golf and was an avid sports fan of the Kentucky Wildcats, Cleveland Cavaliers, Indians, and Browns.

Funeral services were held February 13 at Crossroads Baptist Church, in Oberlin, Oh. Burial was in Brookdale Cemetery in Elyria, Ohio.