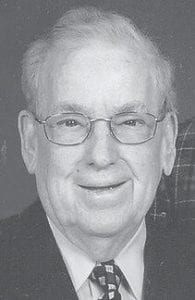 Funeral services for J.T. Ward, 81, of Whitesburg, were held June 9 at First Baptist Church in Whitesburg. Burial was in Resthaven Cemetery at Harlan.

A son of the late Charles and Amanda Partin Ward, he was born in Evarts. He died June 6 at the University of Kentucky Medical Center. He was preceded in death by two brothers, Clyde and Cecil, and two sisters, Evelyn and Christine.

Ward was a deacon and a teacher of the Follace Fields Sunday School Class at Whitesburg First Baptist Church. He was active in the church’s local missions and was a trustee of Oneida Baptist Institute and a member of Gideons International.