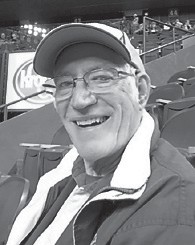 Jack Morgan, 79, of Hazard, formerly of McRoberts, died January 21 at the Greg and Noreen Wells Hospice Center in Hazard.

Mr. Morgan was the son of the late Carl and Ethel Brown Morgan, and a brother of the late Martha Yates.

He was a cousin of the late Ronald Crosbie.

Funeral services for Mr. Morgan were held January 25 at Neon First Church of God. Burial was in the Kenneth B. Gooch Cemetery at Deane.