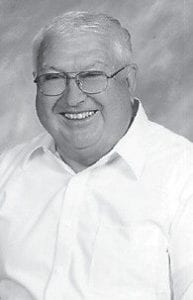 A Whitesburg native, he was a son of the late Ida Stallard and James Banks. He was graduated from Morehead State University and was retired from teaching math at Whitesburg High School, where he had taught for 30 years.

He was a deacon at the First Baptist Church, where he was a member of Love Grows a Church ministry team, served as chairman of the Building and Grounds Committee, and was a Sunday School nursery worker.

Funeral services were held November 13 at the First Baptist Church in Whitesburg. Burial was in the Boney Banks Cemetery at Ice.