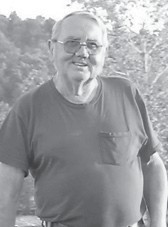 A son of the late John Ed and Nellie Lee Pack Hall, he was the father-in-law of the late David Brian Johnson, and a brother of the late Walter Gene Hall and Jerry Royce Hall.

Funeral services for Mr. Hall were held February 2 at Letcher Funeral Home in Whitesburg. Burial was in Green Acres Cemetery at Ermine.