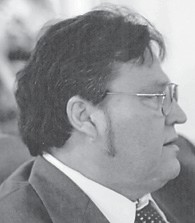 Born in Letcher County to the late George Willie and Mary Elizabeth Hensley, he was the father of the late Sherrolyn Hensley.

He was also preceded in death by a brother, Wilson Irvin Hensley.

Mr. Hensley was an IT analyst, and was retired after 30 years from the Jefferson Police Department.

Surviving are his wife of 32 years, Susan Dearmond; a son, Matthew Hensley and wife Allyson; a grandson, Calvin James Hensley; and a brother, George Wesley Hensley.

Funeral services for Mr. Hensley were held April 27 at Ratterman & Sons Funeral Home in Jeffersontown. Burial was in the Calvary Cemetery.

Online condolences may be made at www.Ratterman.com.