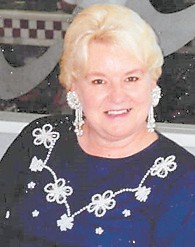 Surviving are her husband, Alben B. Watts of Colson; a son, Alben B. Watts Jr. and wife Lorie of Jackhorn; two daughters, Sarah Combs and husband Keith of Richmond, and Sandy Austin and husband Tim of Pound, Va.; a brother, Willie Martin and wife Veletta of Beaver Dam; a sister, Sherry Martin and John Turner of Hazard; and two grandchildren, Jackson, and Sami Jo.

Funeral services for Mrs. Watts were held October 15 at Letcher Funeral Home in Whitesburg. Burial was in Green Acres Cemetery at Ermine.