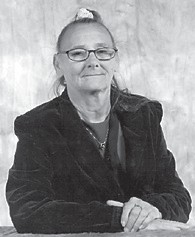 A daughter of the late Howard and Opal Madden Bailey, she was the widow of William George Collins.

Funeral services for Mrs. Collins were held June 28 at Letcher Funeral Home in Whitesburg. Burial was in the Evergreen Cemetery in Whitesburg.