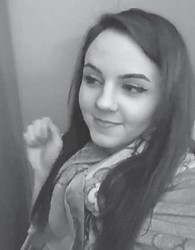 She was a daughter of Jack Lovins of Mt. Vernon, and Andrea Hall Lovins of Schuler Branch.

Funeral services were held February 15 at Millstone Missionary Baptist Church. Burial was in the family cemetery at Deane.