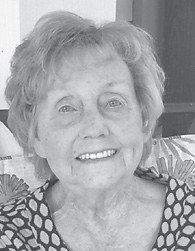 A daughter of the late Celis and Lilie Cornett, she was the widow of Paul Collins and later married Edward Vance, who also preceded her in death.

She was a sister of the late Paul Cornett, Jimmy Cornett, Gene Cornett, Mack Cornett, Barbara Lewis and Christine Shepherd.

Mrs. Vance was a member of the Calvary Temple Church of God on Sandlick.

Funeral services for Mrs. Vance were held November 29 at the Calvary Temple Church of God. Burial was in the Collins Cemetery at Colson.