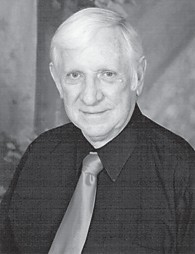 Robert Gene Adams, 81, of Haymond, died May 2, at the Whitesburg Appalachian Regional Hospital.

Born at Mayking, he was a son of the late Orville and Roxie Kincer Adams.

He was a brother of the late Eva Buckley, Jenny Bowlsby, Elmer Adams and J. R. Adams

He was a United States Army veteran serving in the Korean War, and had worked in appliance repair.

He was the minister for the Mayking Church of Christ for over 35 years, and had hosted a television program where he ministered.

Funeral services for Mr. Adams were held May 5 in Jenkins.

Burial was in Haven of Rest Cemetery at Mayking.