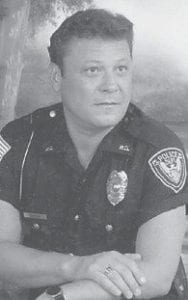 Willie was chief of police in Whitesburg in the 1970s.