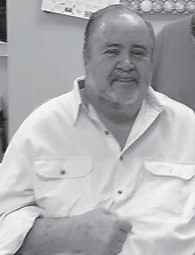 Funeral services for Ronnie Wayne Combs, 69, of Isom, were held July 28 at Letcher Funeral Home in Whitesburg. Burial was in Combs Cemetery at Isom.

A son of Mabel Gibson Combs of Isom and the late Curtis Combs, he died July 24 at the Greg and Noreen Wells Hospice Care Center in Hazard.

He was a brother of the late Milton Combs.

Surviving in addition to his mother are his wife, Margaret Hatton Combs; two sons, Kenny Combs and wife Elizabeth of Isom, and T.C. Combs and wife Beth of Tampa, Fla.; a brother, Mike Combs of Rockhouse; three sisters, Shelia Taylor and Vickie Brashears, both of Isom, and Linda Day of Bethel, Oh.; and a grandchild, Ainsley Elizabeth Combs.