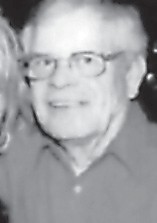 A son of the late Jessee and Hannah Reed McFall, he was the widower of Freda Brock McFall.

Mr. McFall was preceded in death by a brother, George McFall, and two half-sisters, Velda Maggard and Flora Fegley.

A private service was held.