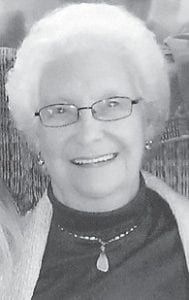 Born in Knott County to the late Alex and Maggie Hall, she was the widow of Elmer Collins.

She was graduated from Whitesburg High School and attended Eastern Kentucky University before transferring to Fugazzi Business School.

She had worked as a secretary, and was active in the senior citizen group at Harvest Baptist Church.