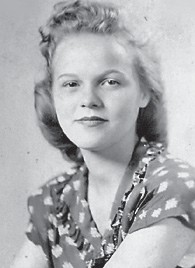 Shirley Ann Vance, 87, died November 19 at her home in Eolia.

A daughter of the late James Wiley and Hattie Mae Maggard Dinsmore, she was the widow of William Vance.

Funeral services for Mrs. Vance were held November 22 at the Maggard Old Regular Baptist Church. Burial was in the Maggard Cemetery at Partridge.