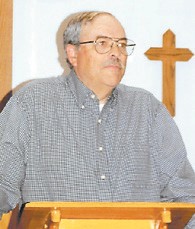 Born on Little Cowan to Virginia Brown of Whitesburg and the late Myrel Brown, he died October 12 at his home in Blountville, Tenn.

Surviving in addition to his mother are his wife, Linda Brown; two brothers,