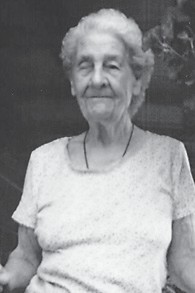 A daughter of the late Garland and Cordia Kelly Bailey, she was the widow of Johnny Wilder.

She was the mother of the late Carrie Cornett and Wayne Walters.

Funeral services for Mrs. Wilder were held June 7 at Letcher Funeral Home in Whitesburg. Burial was in the Walters Cemetery at Blackey.