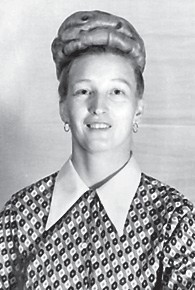 A daughter of the late Amos and Ruby Pennington Curtis, she was preceded in death by a son, James Vernon Hicks; a daughter, Donna K. Hicks; and a great-grandchild.

Funeral services were held November 2 at the Seco Pentecostal Church. Burial was in the Hatfield Cemetery at Trace Fork.