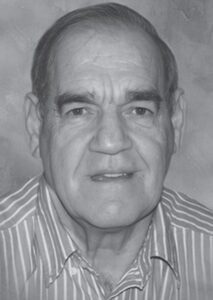 Born in Whitesburg, he was a son of the late Elbert Caudill and Daisy Day Caudill.

Mr. Caudill retired from Milestone Contractors in 2000 after 30 years of service. He was a member of the Masonic Lodge in Indianapolis, Bartholomew County Shrine Club and Columbus Moose Lodge #398.

He was preceded in death by three brothers, Don, Darrel and Neil Caudill, and two sisters, Cass Roberts and Evelyn Maxey.

The funeral will be conducted at 5 p.m. Saturday, October 16, at Barkes, Weaver & Glick Funeral Home on Washington Street.

Family and friends may call from 2 p.m. to time of service at the funeral home.

In keeping with the families wishes, cremation will take place following the service.

Online condolences and special memories may be shared with the Caudill family and a video tribute may be viewed at barkesweaverglick.com.