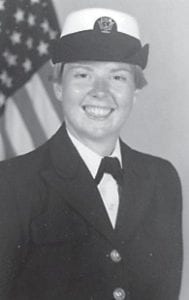 Born in Fleming-Neon to the late Jessie C. and Jack Strunk, she was the widow of Alan Dodoit and was a U.S. Navy veteran.

Mrs. Dudiot was a very kind person and would do anything for someone in need. Any little animal in need of a home was welcomed by her.

Memorial services and burial will be at the Riley Bentley Cemetery in Deane.