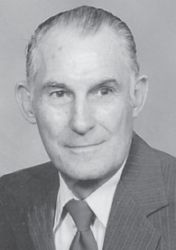 Funeral services for Edwin ‘Edd’ Caudill Sr., 90, will be held at 1 p.m. tomorrow (Thursday) at the Big Cowan Old Regular Baptist Church at Cowan. Burial will be in the Caudill family cemetery at UZ.

A son of the late Wesley and Mahala Ison Caudill, he was the widower of Penny Myers Caudill.

He was a brother of the late Wendell Caudill, Arnold Caudill, Boyd Caudill, Carl Caudill, Arthur Caudill, Allie Jones, Ella Carlson and Ann Frazier, and was a member of the Big Cowan Old Regular Baptist Church.