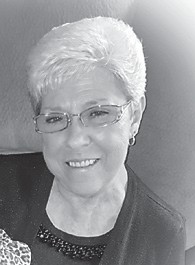 A daughter of the late Jesse and Opal Kincer, she was the eldest of four children.

Mrs. Terry was preceded in death by a brother, Pastor Harold Dean Kincer.

Funeral services will be held at 11 a.m., Thursday, June 27, at Letcher Funeral Home. . Burial will follow in the Haven of Rest Cemetery at Mayking. Visitation will take place at 6 p.m. today, Wednesday, at the funeral home.