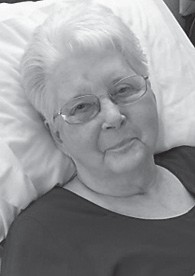 The daughter of the late Dick and Mattie Adams Collins, she was preceded in death by a daughter, Karen Diane Combs, and her husband Homer.

Mrs. Adams was one of the founding members of the Colson Baptist Church where she taught Sunday School for many years. She was also a WMU leader.

In lieu of flowers donations are suggested to Whitesburg First Baptist Church.