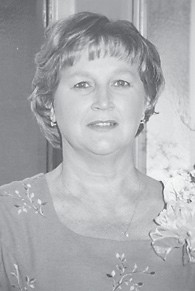 Madonna Pennington, 62, died April 18, at her home in Whitesburg.

A daughter of the late Charles Edward and Grace O’Neil Coots Short, she was the widow of Venyard Morris, and later married Bobby Pennington, who also preceded her in death.

She was a member of Cram Creek Pentecostal Church, and the Letcher County Homemakers Association

Funeral services will be held at 3 p.m. today (Wednesday at Everidge Funeral Home in Whitesburg. Burial will be in Green Acres Cemetery at Ermine.