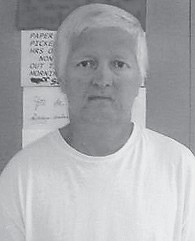 A son of the late Roy and Anna Lou McKee Hall, he was a brother of the late Johnny Ray Hall.

Funeral services for Mr. Hall will be held at noon today, July 10, at Letcher Funeral Home in Whitesburg. Burial will follow in the Wiley Caudill Cemetery at Hollybush.