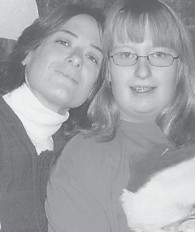 Funeral services for Sharon Yvonne Sexton Holbrook, 41, will be held at 11 a.m. today (Wednesday at Everidge Funeral Home in Whitesburg. Burial will be in Green Acres Cemetery at Ermine.

A daughter of Shirley Brown Sexton of Colson and the late Willard Sexton, she died November 6 at Whitesburg Appalachian Regional Hospital.

She was a niece of the late Loretta Seegraves, John Sexton, Edwone Brown and Watson Brown.

She was a schoolteacher in the Letcher County School System for several years, and was working as a developmental specialist for LKLP.

Surviving in addition to her mother are her daughter, Grayson Shamarra Holbrook of Colson, and her former husband, Martin Holbrook III of Smoot Creek.