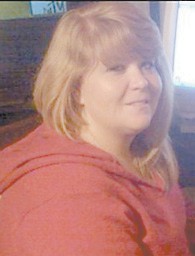 A daughter of the late Shirley Ruth Combs, she died March 30 at her residence in McRoberts.

Surviving are her husband, James Pease; two sons, Nicholas Noble and wife Brittany of Norton, Va., and Timothy Pease of McRoberts; a daughter, Laruen Noble and Dalton Fleming of Payne Gap; a brother, Daniel Roscoe Adams Jr. and wife Becky of Isom; a sister, Georgianna Tolliver Agee and husband Sammy of Richmond; a