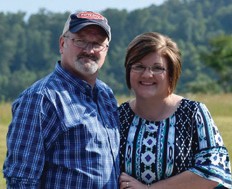 Well, so far in our family my grandson, Seth Lennon Hampton, is the only one that has killed a deer. My husband took him opening day on land that they lease and set him up in a blind. My husband left him and went to a different spot to hunt. The wind was blowing so hard it just about took the blind off of Seth a time or two. So, after a while they decided to leave and hunt a different way since the deer wouldn’t be able to scent them anyway for the wind. Seth was able to kill a big 8 point. His biggest one yet. He said he didn’t care how many points it had as long as he put meat in the freezer. I’ll not put a picture in here of it, because he doesn’t like to have pictures of him published for some reason. Unless my husband kills one this may have to be our Thanksgiving backstrap. 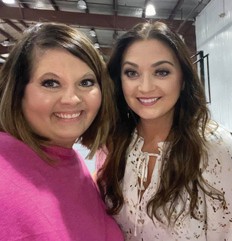 I understand it is real and that people are dying from it, but it is starting to get to me mentally when it comes to making the right decisions about all this. I looked back at some of my pictures today and noticed all our group pictures from Thanksgivings past. It literally breaks my heart.

Daddy absolutely loved our get-togethers. He loved Mommy’s old timey cooking with a passion. Whenever she set his plate in front of him, he would look up at her and say with a squenchy face, “That’s what makes my happy.” He never really cared for our newfangled side dishes we started bringing to the dinners. He called Charlene’s au gratin potatoes, hog rotten potatoes (come to think of it though, he did like our desserts).

For Thanksgiving we always had a big turkey and for Christmas a big Tavern Ham. When the table was set and Mom called him to the table, he would always say, “Gather round, children, gather round.” We would not have any organization to getting our food on our plates at all. We didn’t all sit in one spot either. Once we got our plates filled we would have to all just kinda filter out throughout the living room, back porches, basement steps, kitchen table, or wherever we might find somebody we wanted to talk to. Once we were through with the eating and cleaning up the kitchen, our family game of choice was Catch Phrase. Mom and Dad would even get in the game. Daddy loved it, but Mommy had to be coaxed to play. Oh how much I would love to have just one more Thanksgiving and Christmas like this again. 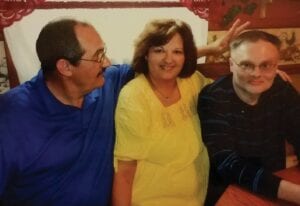 Get-togethers at my in-laws were the same. My husband has three brothers and when all of us were there it was a huge crowd. His daddy and mommy loved having them there all together. They are both deceased now and so we spend Thanksgiving at his brother Charles’s. I sometimes wonder if our children will be able to carry on these traditions with this new normal we are experiencing since March. I will never complain again about all the hustle and bustle of these two holidays being so close together. 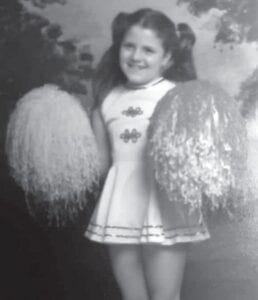 Barbara Begley celebrated her birthday on the 23rd.

I attended a Zoom meeting Friday evening hosted by Celesta Richardson Riffe. She had secretly posted the plan earlier in the week and gave us the instructions on how to log on. Her mom, Billie June Craft Richardson, had a birthday on Friday the 20th, and since Billie June is recuperating from her ankle surgery and there’s also this virus thing, Celesta had us all surprise Billie June in a Zoom meeting. It was wonderful. Billie June was floored to say the least.

Jo Champion also had a birthday on the 20th and Pauletta Rose Proffit had one on the 22nd. Barbara Cook Begley celebrated on the 23rd and so did Ashley Smith. Vickie Collins will celebrate on the 25th.

Then there’s this little sister of mine that I dearly love and appreciate, Delores Tacket Holbrook. She probably thinks I am going to put an ugly picture of her in here this week, but I am surprising her and instead putting one of her when her hair didn’t have any grey and she had her makeup done up right pretty. She is pictured with our only brother, Albert Tacket, and one of their best friends, Steven “Moose” Taylor. She is an absolute hoot, and everybody that knows her would probably tell you that about her first and foremost. But, I’m here to tell you, you won’t find anybody in this world with a bigger heart than her.

Oh, I forgot, Jim Adkins was wanting me to tell you a funny story on him. Joe Bentley and his son Hayden started talking to me about deer hunting the other day at the rec center and Jim had to tell us something he did as a young foolish man years ago. He was on strip job, he probably told us where but I didn’t catch that part, and he saw an animal bedded down and decided he would see how close he could get to it to get a picture. He got one from a good distance without any trouble and so decided he would go a little closer, got one and decided he would get a little closer. Needless to say he got almost up on it, until the animal decided he was close enough. Come to find out it was a big bull elk and Jim had to put it in high gear to get away from it.

Okay, I’ll stop here by reminding everyone to pray for our pastor, Bill Jones, and his whole family. Also, remember all those that have lost loved ones.

It was so good to be in church this Sunday and to be able to listen to Pastor’s message Sunday evening on Facebook. If you can possibly do either of these it will do your heart good.