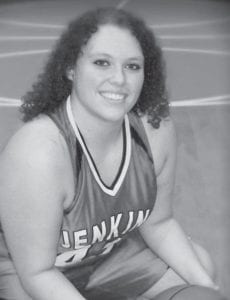 Kristan “Blake” Caudill, a senior at Jenkins High School, broke the school record for most rebounds in a single ballgame earlier this season. In a game against Jackson City, Blake had 26 total rebounds breaking the Lady Cavalier school record of 24. During the same game, Blake also tied for the most defensive rebounds in a game with 14.