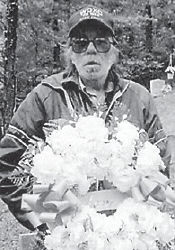 A son of the late Ernest Sexton and Edna Meade, he was the widower of Virginia Rose McGaughlin Sexton, and the father of the late James Sexton.

Funeral services will be held tomorrow (Thursday) at Letcher Funeral Home. Burial will be in the Kingdom Come Cemetery.