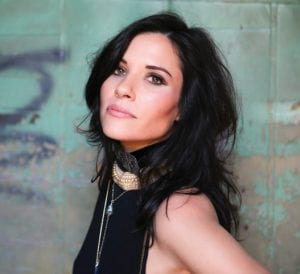 McNally has opened for musical icons like Stevie Nicks and Ryan Adams, played at high-profile festivals such as the New Orleans Jazz Fest and toured alongside acclaimed artists such as Tara Maclean, Kendall Payne and Amy Correia. “Banshee Moan,” off her 2017 album, Black Irish, reached Alternative Root’s #4 Song of the Week last June and she has earned praise in prominent publications ranging from The New York Times, to the Austin Chronicle, to the online roots music journal No Depression.

The music series brings free live music to downtown Whitesburg for 10 straight Thursdays from May 31 through August 2. The series features a variety of genres from Bluegrass to Blues, Classical to Old Time, Latin to legendary rock and roll in a family friendly environment.

The community is invited to bring a picnic, blankets and lawn chairs to the concerts. There’ll be food booths and the Whitesburg Farmer’s Market will be open from 5 till 8. Mountain Comprehensive Health Corporation will offer different health information and screenings each week. The events are located at the Mountain Heritage Village stage. Admission is free.

Visit levittamp.org/whitesburg for a full schedule of concerts.