Should you take vitamins? 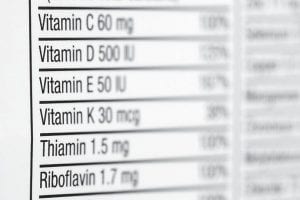 The release of two new studies has raised gnawing worries about the safety of vitamin supplements and a host of questions. Vitamins have long had a “health halo” — many people think they won’t hurt and at worst might be unnecessary. The industry calls them an insurance policy against bad eating. But our foods increasingly are pumped full of them — even junk foods and drinks often are fortified with nutrients to give them a healthier profile — so the risk is rising that we’re getting too much. Add a supplement and you may exceed the upper limit. (AP Photo)

Two new studies have raised gnawing worries about the safety of vitamin supplements and a host of questions. Should anyone be taking them? Which ones are most risky? And if you do take them, how can you pick the safest ones?

Vitamins have long had a “health halo.” Many people think they’re good for you and at worst might simply be unnecessary. The industry calls them an insurance policy against bad eating.

But our foods are increasingly pumped full of them already. Even junk foods and drinks often are fortified with nutrients to give them a healthier profi le, so the risk is rising that we’re getting too much. Add a supplement and you may exceed the upper limit.

“ We’re finding out they’re not as harmless as the industry might have us believe,” said David Schardt, a nutritionist at the consumer group Center for Science in the Public Interest.

Last week, a study of nearly 40,000 older women found a slightly higher risk of death among those taking dietary supplements, including multivitamins, folic acid, iron and copper. It was just an observational study, though, not a rigorous test.

Another study found that men taking high doses of vitamin E — 400 units a day — for five years had a slightly increased risk of prostate cancer.

As many as one-third of Americans take vitamins and nearly half of people 50 and older take multivitamins, surveys suggest. Americans spent $9.6 billion on vitamins last year, up from $7.2 billion in 2005, according to the Nutrition Business Journal. Multivitamins top the list, at nearly $5 billion in sales.

Yet there is no clear evidence that multivitamins lower the risk of cancer, heart disease or any other chronic health problems. No government agency recommends them “regardless of the quality of a person’s diet,” says a fact sheet from the federal Office of Dietary Supplements. And vitamins aren’t required to undergo the strict testing required of U.S.-approved prescription medicines.

Some fads, such as the antioxidant craze over vitamins A and E and betacarotene, backfired when studies found more health risk, not less. And studies that find more disease in people with too little of a certain vitamin can be misleading: Correcting a deficiency so you have the right daily amount is different from supplementing beyond recommended levels.

The best way to get vitamins is to eat foods that naturally contain them, said Jody Engel, a nutritionist with Office of Dietary Supplements. “Foods provide more than just vitamins and minerals, such as fiber and other ingredients that may have positive health effects.”

Schardt adds: “It’s virtually impossible to overdose on the nutrients in food.”

Some folks may need more of certain nutrients and should talk with their doctors about supplements:

— Postmenopausal women regarding calcium and vitamin D to protect bones.

— Women planning on pregnancy regarding folate, or folic acid, to prevent birth defects.

— People over age 50 and vegans who may need vitamin B12. “As we get older, a number of us no longer