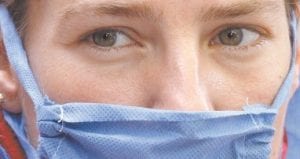 In the global outbreak’s first wave, many critically ill patients in both countries were obese, although their death rates weren’t higher than others. Many in both countries also were younger than those typically hard hit by seasonal flu, as has been found in the United States.

Patients studied worsened quickly after being admitted to hospitals. Most survived after intensive, lengthy treatment, although the death rate in Mexican patients studied — 41 percent — was much higher.

The reports were published online this week in the

Journal of the American Medical Association.

They aren’t a true snapshot on prevalence. But a JAMA editorial says they provide clues on what hospitals elsewhere may see in coming months.

A report on U.S. cases published last week in the New

In the Mexican report on six hospitals between March and June, critical illness developed quickly in 58 of almost 900 patients with confirmed or suspected swine flu patients — a rate of just under 7 percent. But 24 of these sickest patients died within two months, said the study led by Dr. Guillermo Dominguez-Cherit of the National Institute of Medical Sciences and Nutrition Salvador Zubiran in Mexico City. A woman wore a face mask as a precaution against swine flu while waiting to visit her aunt who is hospitalized for swine flulike symptoms at the National Institute of Respiratory Illnesses (INER) in Mexico City. Mexico could see up to 5 million cases of swine flu during this winter’s flu season, a higher projection than officials had previously given. (AP Photo)

The Canadian study, led by Dr. Anand Kumar of the Health Sciences Center and St. Boniface Hospital in Winnipeg, involved 168 critically ill patients treated at 38 hospitals between April and August. The 90-day death rate was 17 percent.

Deaths that result from inadequate planning “will be especially tragic,” the editorial said.

On the Net: JAMA: jama.ama-assn.org/