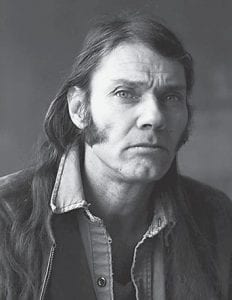 Malcolm Holcombe, a gruffvoiced singer-songwriter from the Asheville, N.C. area, is making a return appearance this week at Summit City in Whitesburg.

Holcombe, whose eighth album To Drink the Rain was released earlier this year, is scheduled to take the stage at Summit City on Thursday at 8:30 p.m. Admission is $8.

Holcombe’s work has been praised by Rolling Stone magazine and other publications including No Depression and BBC Review.