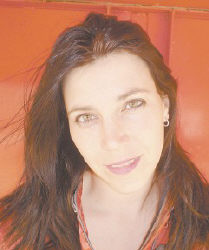 TO PERFORM IN WHITESBURG – Singer-songwriters Robinella (left) and Jay Clark will perform this Friday at the Summit City Lounge on Main Street. Admission is $10.

Singer-songwriters Jay Clark and Robinella will perform at Summit City Lounge this Friday, February 1, at 8 p.m. Although this will be Robinella’s first trip to Whitesburg, Clark has made numerous trips to appear on WMMT and perform at house concerts in the region. The concert at Summit City will feature both artists performing solo and sharing the stories behind their original songs, as well as the two showcasing their harmonies as a duet.

Jay Clark, currently residing in Hazel Green, Ala., has his roots well grounded in the southern Appalachian region. Calling Knoxville home for the better part of the last 15 years, Clark’s musical career coincides closely with that of another east Tennessee songwriter, Robinella. After meeting at the University of Tennessee in 1995, they started singing together at churches and gradually put together a traditional bluegrass band, The Stringbeans. The Stringbeans played around the Knoxville area from 1997 to 1999 and were voted the “Best Bluegrass Group” in 1999 by the Readers Poll of Knoxville’s alternative weekly, Metropulse. That same year, Clark left Knoxville to pursue a Ph.D. in wildlife ecology at Oklahoma State University and The Stringbeans parted ways. 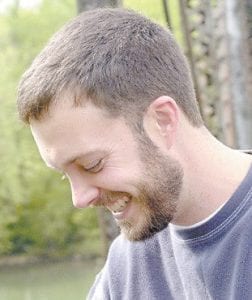 Following Clark’s departure, Robinella continued to pursue her music career and helped form Robinella and the CC Stringband. Backed by the CC Stringband, she began singing her original songs that are tinged with elements of jazz while maintaining a bluegrass-folk sound. After releasing two independent recordings and becoming the most popular band in the east Tennessee region, Robinella and the CC Stringband eventually landed a major recording contract with Columbia. In 2003, they released their Columbia album, “Robinella and the CC Stringband”, toured nationally, and made the media rounds in support of their album, including an appearance on “Late Night with Conan O’Brien” and a music video on CMT. In 2006, Robinella was nominated for “Emerging Artist of the Year” at the Americana Music Awards and released her fourth album, “Solace for the Lonely”, on Dualtone Records in Nashville.

Upon returning to Knoxville in 2003, Clark again teamed up with Robinella and began performing his original songs backed by Robinella’s CC Stringband. Since that time, he has released two albums of his own, “Pen to Paper” (2004) and “Progress” (2006), toured the Southeast as a solo act, and contributed to Robinella’s latest release, “Solace for the Lonely” (2006), as a songwriter and background vocalist. To learn more about the music of Jay Clark (www.jayclarkmusic.com) and Robinella (www.robinella.com), visit their websites.

Tickets for the concert are $10 and can be purchased at the door, at www.summitcitylounge.com, or by calling Summit City Lounge at 633-2715.