Singing and dancing is really therapy 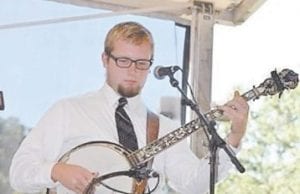 I will say happy autumn, though summer isn’t ready to say goodbye just yet. Personally I hope it stays like this until December, then fall can come and we can bypass winter as far as I am concerned. This area of the Ohio Valley has seen a couple of mornings on the cool side then reaching into the 90’s in the afternoon.

The Mountain Heritage Festival is this week and I would like to go to this event, however I don’t think my ankle is in any condition to walk all the distance. Yes, I am beginning to get impatient on my healing process. Especially when there was no excuse for this accident to happen. I’m thankful to God for sparing my life, I am grateful that it wasn’t worse. I try to be grateful and realize that so many people are in worse condition than me. When it comes right down to the bottom line, none of it helps when I’m not able to live the life that I had begun to enjoy with all my heart. A way was made for me to get a new car and a little extra means financially, then this happened. 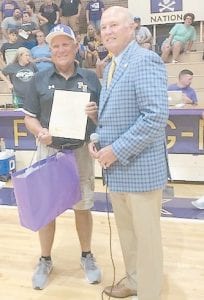 Saturday evening, Ma Crow & Co. performed at Opry Barn in Metamora, Ind. This was the first time I had been able to be there in several months. As I was waiting for the show to start, I glanced at the banner be- hind the stage, for some reason as I read the enlarged words “Metamora” it dawned on me that my Mom’s name” Ora” was so plainly in front at me. I could almost feel her presence as I looked down at my hands that are so much like her hands. The house band did a really good job of entertaining everyone.

Ma Crow & Co did a fantastic job as usual; it was wonderful to see Ma Crow, Vicki Abbot and Margie Drees. Chuck Cox sat in with the group and did a marvelous job.

I read the following column on the computer.

“Noe isn’t it amazing scientists can waste all their knowledge on something like this. I believe they have been watching Facebook. I’ve used dancing as a form of therapy for as long as I can remember, as I can forget any emotional pain. I have loved music and dancing since I was about two or three years old, as I can remember Grandma Hall playing her banjo in Green Briar “Holler” not Hollow, there at Roxana, Ky.”

Since June 1 with my accident, it has hurt me emotionally as well as physically not being able to go listen to music and dance. Thank you, scientists, for discovering something I’ve known all my life.

Johnny and Ann Calihan’s family is still having health issues also. Ann’s leg isn’t healing as fast as Ann wants, as she is going to something called wound care. Ann is a diabetic and takes extra time for things to heal. Their son Gary’s hand and shoulder are slowly healing. Their daughter Sue Wagner will be coming home soon as she has doctor’s appointments in Cincinnati. Sue’s home in South Carolina has been listed so I hope it sells fast so that Sue can be here close to her parents. It hurts me to see Ann in pain.

Saturday I enjoyed a conversation with Johnny as he talked about the 1927 food that hit through Roxana and Kingscreek and surrounding areas. Johnny was only two months old and, as the water was getting closer to his parents’ home, they decided to head for higher ground. His dad Lloyd Calihan opened the door and saw how close the water was, and decided it was best to stay in the house. A tree slid off the mountain and lodged close to the house, diverting the water around the house.

Johnny said there were about two feet of water that got in the house. At least the family was saved

Johnny’s uncle Green Calihan’s wife and daughter were swept away in the flood. It was several days before they were found.

Johnny survived World War II; he had several close calls during that period of his life. It is wonderful to talk to him and hear the stories of him knowing my great-grandmother Nance Coots, although he was a young boy.

I grew up listening of Mom and a few others walking across Big Branch to Paices Branch to Lloyd and Nora Calihan’s to square dances. I’m so thankful that Mommy took enough time of the evenings to tell me of her years of growing up on Big Branch as I have retained so much of what she told me. There’s one thing I wish I had asked, who my grandfather Ben Adams’s parents were?

Mom’s dad,” Poppy” as we grew up calling him, lived in Lawrenceburg, Ind., a place I had no idea where it was.

We had very little connection to Poppy, as he only came to Roxana a few times. I really got acquainted with Poppy to know him as a grandfather after I married and made Harrison, Ohio, my home. It never occurred for me to inquire who his parents were. Now I would like to know. I believe his mother was Sarah Hollins.

I’ve been in touch with a cousin, Teresa Adams Griffith, who resides in Big Stone Gap, Va. I haven’t seen Teresa since she was a mere child. Teresa’s dad Ted Adams and my mother Ora Adams Hall were sister and brother. Teresa lost a brother, Bobby, a couple of years ago. This past week she lost a nephew, who leaves a wife and children. I may not be in touch with my cousins, but I still love them very much.

My cousin on my dad’s side, Gracie Widner of new Tazewell, Tenn., is really having a tough time as she has cancer and is in a lot of pain.

There are times I miss my siblings so much, when I realize I can’t ask one of them something I would like to know, maybe something I’ve forgotten. It is so good to be able to talk to Ann Calihan as she is the only one that I can relate to on some things.

As I walked into the kitchen as my son Keith Ballard was getting ready to go to work, there were a dozen of red roses with a spray of baby breath on my kitchen table. I had been up during the night however I never turned the light on as I can find my way in the dark to the bathroom.

Well, it is getting difficult to concentrate as my ankle is saying I need rest.