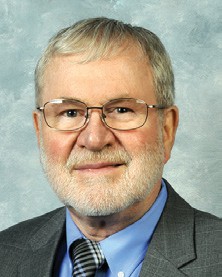 There are six days left of the 30-day Legislative Session. Important bills kept moving through the General Assembly last week, and good discussion and debate continued.

Some bills passing in the Senate are as follows:

SB 53 allows some part-time instructors with the Fire Commission to start drawing retirement without having to quit that job.

SB 79 is a program for new legislators and judges that automatically enrolls them in Deferred Compensation. Other state employees were offered this two years ago.

SB 122 would keep a state contract from going to a business if it was already awarded the same or similar contract and if a contract. It would prevent an executive agency lobbyist who has been convicted of a crime from being involved.

SB 128 gives any Kentucky public or private school student during the 2020-21 school year the chance to do their year over or retake classes. Local school districts would have to allow a program to start, but this bill lets them do that.

The past year has been hard for all of us, but students have had a bad time. The Lexington Herald-Leader story shows that students with failing grades are way up. The good news is that most school districts have gone back to some in-person learning, but the school year is almost over now. Most of the school year has been virtual, but distance learning has not been good for students. Some kids do not have the support they need at home. Areas like ours have internet problems. Students have missed their teachers, friends, and the learning and socializing they deserve.

SB 146 requires a national and state criminal background check, by fingerprint analysis by the state police and the FBI, for the Labor Cabinet employees.

SB 172 requires persons who damage underground utility facilities, like pipelines and telecommunications lines during demolition or excavation, to stop and notify the agency of the facility.

SB 181 is a companion bill to House Bill (HB) 4, a bill that went to the governor this week. HB 4 is a constitutional amendment bill, so it does not need the governor’s signature. Instead, it will go on your ballot for your vote. If supported by most voters, HB 4 would provide the General Assembly the ability to call itself into session. SB 181 would give the Senate President and House Speaker power to reconvene the General Assembly for up to 12 more legislative days by signing a joint proclamation. It would also let any bills filed by the session deadline to survive until December 31 of that same year to take up if extra days are used.

SB 228 changes how a U.S. Senator of Kentucky is replaced if they leave a vacancy. It requires a person of the same party to be appointed or allowed to be elected.

HB 7, a priority bill, made final passage in the General Assembly and headed to the governor’s desk. That bill will help communities needing to help people with drug addiction.

Another bill reaching the governor’s desk was signed into law fast, was HB 208. It gives schools extended flexible funding so that they can keep operating through COVID. Senate changes took away districts’ ability to apply for more NTI days based on the COVID rate and require students to be back in school at least four days a week by March 29.

If you have any questions about any of these public policy issues, please do not hesitate to contact my office with any questions or concerns you may have. You can reach my office toll-free by calling 502-564-8100 or by emailing me at johnnie.turner@lrc.ky.gov.