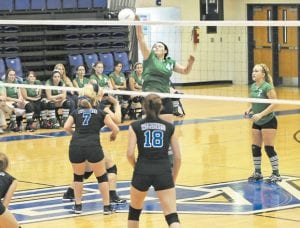 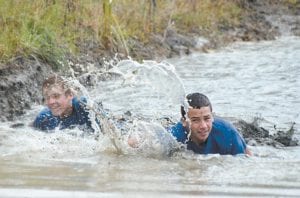 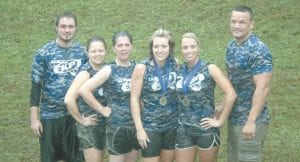 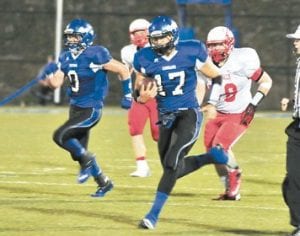 Letcher Central senior Ryan Alzuraqi ran the ball downfield following a fumble recovery early in the Cougars’ 55-6 blowout in over Sheldon Clark on Friday. The play was called back because of a penalty. (Photo by Chris Anderson) 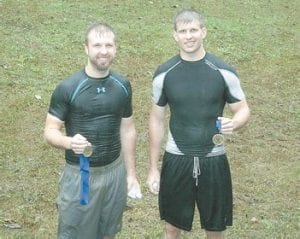