Snow was followed by 75+ degrees 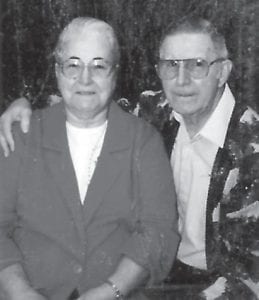 Sterlin and Mertie Caudill of Blair Branch, will celebrate their 65th wedding anniversary on March 1.

Hello everyone! I hope this finds each and every one of you doing well. Michael, the boys, and I are doing pretty well right now, thank goodness!

What did you think about that snowstorm last week? It was beautiful, but it was a pain at the same time. Pine trees down everywhere! We had two trees fall in our driveway and one fell on Dad’s barn.

My sister, Missy Fields, had two down at her house as well. One landed on her old house and another on her dog lot.

I am not a fan of being without electricity. Dad says I am from the “Pepsi Generation”. I have to agree with him. I am a fan of modern technology. Thank goodness Mom and Dad had a wood stove to keep us toasty. Even if the storm had its downfalls, the kids did enjoy playing in the snow and having time off from school.

The weather this month has been so crazy. I just don’t understand it. We had at least seven inches of snow here on Blair Branch last Sunday, 75+ degrees midweek, followed by Easter flowers blooming and thunderstorms, snowflakes on Saturday, and then above 50 degrees on Sunday. 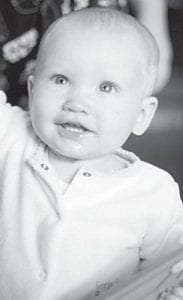 Alissa Jent will celebrate her 1st birthday on March 1. She is the daughter of Gardner Allen and Jessica Jent of Letcher. She has an older brother, Hayden. Her grandparents are Joann and Larry Hall and Opal and David Jent.

Mom, Sylvania Whitaker, hasn’t been feeling well at all the last couple weeks. She has been having a lot of pain in her back and ribs. She has also been weak and smothering pretty bad. I hate to see her feeling so poorly. I wish there was something I could do to help. Pray for her, please.

Mom and Dad visited with Jake and Wilma Halcomb recently. Mom said that Jake was feeling weak, but that Wilma looked good.

The family celebrated Minnie Blair’s birthday with a party at the nursing home on Sunday. Mary Helen Blair, Ila Adams and Van and Jane Blair were in attendance. I’m glad they were able to go.

My sister, Opal Jent, asks for prayers for her husband, David Jent. He has been having some medical problems and has to have his pacemaker replaced in a couple months.

Jessica Jent, my nephew Gardner Allen’s wife, had lasik eye surgery around the first of February. Her vision went from 20/400 to 20/30 overnight. Isn’t that fantastic? I would love to see if I am a candidate for the surgery. I can’t imagine my life without glasses now that I have worn them for so long. 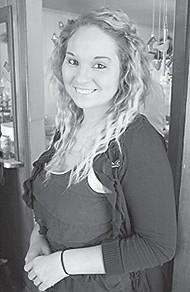 Speaking of Gardner Allen and Jessica, they scared us ( and probably themselves too) half to death on the 15th when they rolled their Tahoe over a few times trying to miss a dog that ran into the road. God was sure watching over them, Hayden, and Alissa. They walked away with only minor injuries. The Tahoe didn’t fare as well.

Roger Whitaker has been doing a little better. He was able to attend church and preach a couple times this month. Thank God for that! His wife Debbie said it had been over five months since he had been able to go.

Roger and Debbie’s grandson Jordan Adams saw a lung specialist in Lexington last week. They said he had a lot of infection and did a bronchial wash. He sure has been a sick little boy and needs prayer.

Joyce Ison had cataract surgery on the 17th and it was successful. According to my sister, Opal Jent, her vision is better. She does have an infection, but nothing serious.

Juanita Hensley enjoyed having her daughter Shannon and her husband Justin at home during the weekend of Feb. 10. They were visiting from Utah.

Dixon Memorial Old Regular Baptist Church is selling Rada Cutlery and will be sending an order in on March 5. If you are interested, you can contact me or any member of the church or their families. The church floor is in need of repairs due to termites.

Shannon and Ashley Adams welcomed a brand new bundle of joy on Feb. 22. Malachi weighed in at 7 pounds, 2 ounces and was 20 inches long. Shannon is the son of Alfred Adams, formerly of Blair Branch. Congratulations to both of you. He is so adorable!

Jerry Adam and Marlana Reynolds of Isom welcomed their third child, Anthony Luke Parker Reynolds, to the world on Tuesday, Feb. 21, at 11:34 a.m. He weighed 6 pounds,14.5 ounces, and was 19 inches long. His paternal grandparents are Jerry Reynolds Jr. of Isom, and Regina and Mike Watkins of Raleigh, N.C. His maternal grandparents are Marty and Helen Engle of Carcassonne.

The new bundle of joy has an older sister and brother, Annie and Brady. He was born four weeks early and had problems with his lungs. He is in the NICU at Pikeville, but is doing better and should get to come home soon. Congratulations, Marlana and Adam!

My dear friend Reva Adams’s mother-in-law, Mildred Adams, died Feb. 5. I hated to hear that. I know the family is heartbroken and needs prayers.

My best friend from high school, Jessica Watts- Combs, lost her grandmother on Feb. 16. Ora ‘Dank’ Watts of Hallie died at Whitesburg Appalachian Regional Healthcare Center. Ora was 88 years old. She was the daughter of the late Boyd and Mary Jane Riddle Watts, and the widow of Carlus Watts.

The funeral was at Cedar Grove Church and burial was at the Watts family cemetery at Hallie. Please keep this family in your prayers as well. Jess, Josh, Joan, and Mo mean the world to me.

Happy birthday to each of you! I hope your day is filled with all the love and happiness in the world.

If I have left anyone or anything out, just let me know and I will be glad you get you next time.

I hope everyone has a healthy and happy week. If you would like to contact me, feel free to give me a call or you may email me at: alanacouch@hotmail.com.