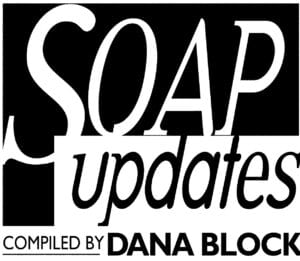 THE BOLD AND THE BEAUTIFUL — Carter was caught off guard when Eric asked him for a personal favor. Wyatt interrupted Justin making himself at home at Spencer Publications. Quinn got angry when Brooke plotted against her to Eric. Paris struggled with outing Quinn and Carter to Eric and Zoe. Finn and a midwife assisted Steffy as she went into labor. Brooke got suspicious when she overheard Quinn threatening Paris. Brooke interrupted an important moment between Eric and Quinn. Wait to See: Steffy and Finn are overjoyed at the birth of their baby boy. Donna pledges her support to Katie and Will while Bill is in prison. Eric attempts to diffuse a volatile situation between Quinn and Brooke.

DAYS OF OUR LIVES — Tempers flared between EJ and Chad. Kate dropped a bomb on Gabi and Jake. Kristen penned a revealing letter. Ava helped Nicole get closer to the truth. Kate blasted Jake and Gabi. Paulina squirmed as Chanel talked about her plans for the bakery. Sami and Lucas argued about EJ. Eli kept a secret from Lani. Later, Lani confronted Paulina about what she was keeping from Abe. Philip squared off against Brady and Shawn. Rafe received advice about his love life from an unlikely source. Chanel and Eli struggled to keep their secret plans from Lani. Claire and Allie found a dead body in the lake. Ben dreamed of Ciara. Gwen finally confided in Xander. Lani and Eli’s anniversary party was interrupted by some shocking news. Wait to See: Gwen is put on the hot seat. Theo returns for a special occasion. Ben is heartened to find Ciara waiting for him at home. 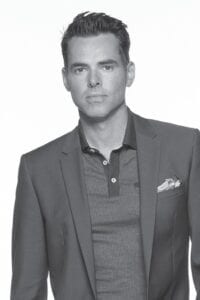 Jason Thompson is “Billy” on “The Young and the Restless.” Photo Credit : Monty Brinton/CBS

Anna found herself stranded with Valentin. Finn rethought his decision. Obrecht and Britt had a heart-to-heart. Joss had an awkward encounter with Michael. Carly turned to Diane for advice. Jason struggled with a big decision. Scott advised Finn to do what was best for his family. Anna made a curious discovery. Carly hosted a family get-together. Nikolas confided in Kevin. Ava received some upsetting news. Nina felt conflicted about her future. Britt reached out to Brad for support. Michael made sense of a confusing situation. Laura worried about Nikolas. Cameron confronted Josslyn. Nina rebuffed Jax. Nina tried to help Curtis. Ava met with Dante at her gallery. Wait to See: Josslyn and Cameron clear the air. Britt runs into Jax at Charlie’s. Molly and TJ pay Shawn a visit.

THE YOUNG AND THE RESTLESS — Sally received some surprising news. Summer asked Billy for a favor. Kyle refused to back down. Victor made Adam an offer he couldn’t refuse. Nikki grilled Victoria. Billy fished for a scoop. Amanda challenged Sutton. Devon confided in Victor. Jack kept Billy in line. Victor and Victoria clashed. Mariah had an awkward encounter. Sally extended an invitation to Jack. Wait to See: Tara takes Kyle down memory lane. Billy and Lily mix business and pleasure. Victoria has news for Ashland.