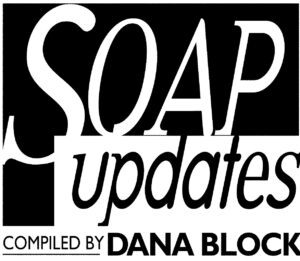 THE BOLD AND THE BEAUTIFUL — An angry Ridge put Deacon on notice. Steffy and Liam strategized about Hope and Deacon. Steffy clashed with Hope over an accusation. Brooke stunned the room as the situation between Ridge and Deacon escalated. Carter had a major epiphany about his love life. Ridge was fiercely protective of Brooke while professing his love to her. Sheila paid Finn a surprise visit at the hospital. Wait to See: Brooke finds herself at odds with Hope. Finn struggles with his commitment to Steffy and being drawn to Sheila. Ridge reaches his breaking point, and Brooke makes a decision.

DAYS OF OUR LIVES — Marlena drew Ben and Ciara into her web of lies. John was desperate to find Marlena. Maggie came to Brady’s aid. Philip tried to get Chloe to confess her “affair” with Brady. A vulnerable EJ opened up to Nicole. Sami tried to cajole her guard into revealing the identity of her captor. Kristen recruited two allies to help her escape police custody. Sami attempted to escape. Gwen and Ava struck up an uneasy alliance. Xander made a stunning discovery. Lani visited Kristen at the Salem PD. Ciara told Ben she was suspicious of Marlena. John and Paulina compared notes about Marlena. Abe and Lani had a heart-to-heart talk. Philip tested Chloe’s loyalty once again. Brady was viciously attacked. Wait to See: Marlena, Ciara, and Ben are visited by a mysterious hiker. Paulina pours out her heart to Abe. Eli and Lani learn alarming news about Kristen. 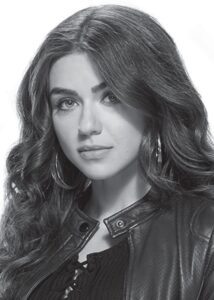 Victoria Konefal is Ciara Brady on “Days of Our Lives.” Chris Haston/NBCUniversal

GENERAL HOSPITAL — Portia gathered her friends for Thanksgiving dinner. Marshall sought out TJ at the hospital. Sam and Dante received some important news. Nina and Phyllis made an admission to each other. A squabble erupted at the Quartermaines’, but later the holiday brought about an unexpected reunion. Sam worried about next steps. Sonny received a disturbing call. Austin and Britt commiserated. Obrecht greeted a surprise visitor. Alexis’s Thanksgiving dinner took a turn. Olivia confronted Ned. Sonny sought Spinelli’s help. Sam and Dante made an important move. Sonny and Carly reconnected after a long night. Brando and Nina were determined to help Sasha. Brook Lynn and Chase reassured Maxie. Valentin opened up to Anna. Carly had an uneasy feeling. Sonny gave Brando advice about being a father. Wait to See: Valentin makes a move to gain closure. Maxie is surprised by who she finds. Britt makes an assumption about Austin.

THE YOUNG AND THE RESTLESS — Victor left no stone unturned to find Abby. Ashley and Jack hit a dead end in Spain. Amanda celebrated a victory. Abby’s world was turned upside down. Jill returned home to clean up Billy’s latest mess. Victor and Nikki received some shocking news. Victor took the gloves off with Billy. Jill shared an intriguing offer with Lily. Ashley called home with unexpected news. Devon and Amanda toasted to new beginnings. Mariah questioned Noah about his return to Genoa City. Adam pushed Billy’s buttons. Wait to See: Victor puts the pressure on his adversaries. Jill starts a bidding war. Lily takes on a new role.