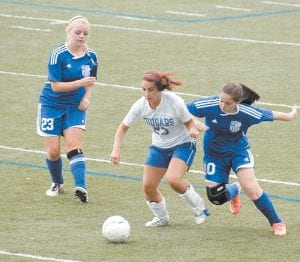 In the photo above, senior forward Brooke Kincer (23) dribbled the ball between two Paintsville defenders in a 7-0 win at Ermine on August 22.

The Letcher County Central Lady Cougars have won their first two matches of the 2013 soccer season. 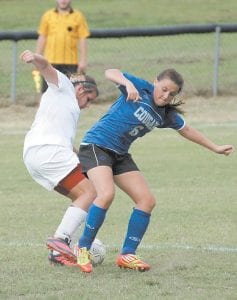 At left, midfielder Courtney Wilson, (6) went for the ball in the August 20 season opener against Perry Central at Hazard. LCC won the game 3-2.